We would like to offer our sincere support to anyone coping with grief. Enter your email below for our complimentary daily grief messages. Messages run for up to one year and you can stop at any time. Your email will not be used for any other purpose.

Share a memory
Obituary & Services
Tribute Wall
Read more about the life story of Richard and share your memory.

Richard was born in 1951, the third child of Shirley and Arthur Schoenstadt, in New York City. He and his family moved to Schroon Like in the late 1950’s.

After high school graduation and a short college career, he spent the early years of his adult life in building and construction in the Rochester area.

He returned to Schroon Lake in the late 1980’s to care for his Mom, whose health was beginning to fail. He coached high school sports and started working with the Town of Schroon in several capacities until his final career as Chairman of the Board of Assessors for the town. He was known for his work ethic, fairness, sense of humor and generous nature.

Richard was an avid golfer and loved the outdoors. He was close to successfully reaching his goal to climb all the Adirondack high peaks before cancer weakened his strength. He had a soft place in his heart for animals and we are grateful to his friend Erica Hedden who is now caring for his cats Chica and Purja.

Richard was together, as he passed, with his life-long friend, Bill Burke. Bill, his brothers and sisters and families were as much family to Richard as those who lived thousands of miles away and he was blessed to have you all.

Richard joins his mother, Shirley; Father, Arthur, and sister, Susan who predeceased him. He leaves behind his elder brother Arthur, and his younger sister Cynthia, her husband Jay as well as cousins Nancy and Daryl and a smattering of other relatives around the country.

He was a part of the lives of many other friends and co-workers, and we are grateful for the support and compassion Richard received in his final days.

At his request, there will be no services, although family and friends may find a way to honor him at a later date.

To send flowers to the family or plant a tree in memory of Richard S Schoenstadt, please visit our floral store. 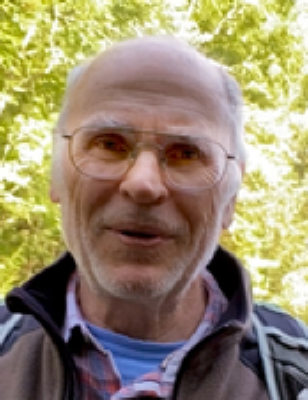 In Loving Memory Of

Look inside to read what others
have shared
Family and friends are coming together online to create a special keepsake. Every memory left on the online obituary will be automatically included in the book.

In Loving Memory Of

Look inside to read what others have shared

Family and friends are coming together online to create a special keepsake. Every memory left on the online obituary will be automatically included in the book.

You can still show your support by sending flowers directly to the family, or by planting a memorial tree in the memory of Richard S Schoenstadt
SHARE OBITUARY
© 2023 Edward L Kelly Funeral Home. All Rights Reserved. Funeral Home website by CFS & TA | Terms of Use | Privacy Policy | Accessibility